Lifestyle
Feast For the Senses: Minimalism and All the Joys that Come With It
By Anji Connell
2020-11-20

"Minimalism is not about having less it's about making room for more of what matters." Minimalism is an all-encompassing way of life that keeps us rooted in the present. That is becoming more prescient as we increasingly realise that more stuff does not bring happiness and can induce more stress and psychological burden. We also have an increased environmental awareness of how much damage we've done to the environment due to consumerism. Minimalism is not about being extreme and living in a small white box with few possessions or depriving yourself in any way. It is choosing to live with less to have more time and space for things that are more important in life—making room for more of what matters, in living simply, with less stuff so that you can become happier in your day-to-day life. It is intentionally pursuing what brings you joy and eliminating the rest. Living minimally frees us to live a bigger life with a more passionate pursuit of our purpose and goals; it is not all or nothing but what is right for you. It's not only about physical declutter, but mental and emotional declutter as well. But it isn't an instant cure. It is a pathway, not the end goal. It's good for your mental state; it gives you the time, space, clarity, and freedom to fully engage with everyday life. The philosophy of minimalism is about living life based on experiences rather than worldly possessions.

Minimalism is a branch of modern classical music developed in New York in the early 1960s by composers such as Steve Reich, Philip Glass, and Terry Riley characterised by extreme spareness and simplicity of notes. And as the saying goes, less is more, and It's not the notes you play; it's the notes you don't play.

Minimalism influenced art too— Minimalist Art is an extreme form of abstract art developed in the US in the 1960s and typified by artworks composed of simple geometric shapes based on the square and the rectangle. Artists such as Frank Stella turned against the gestural art of the previous generation. Stella's Black Paintings were exhibited at the Museum of Modern Art in New York in 1959. The movement flourished in the 1960s and 1970s with Carl Andre, Dan Flavin, Donald Judd, Sol LeWitt, Agnes Martin, and Robert Morris becoming the movement's most influential innovators.

Minimalist artists Donald Judd and Robert Morris generally focus on three-dimensional work. The aesthetics of both artists are based on geometrical abstraction principles. They moved artistic sculpture in the direction of architecture.

Donald Judd introduced the idea of a new kind of art that is "neither painting nor sculpture." His goal was/is to focus on the space occupied and created by his objects, in other words, their purity of form. In a way, reflecting minimalism in design — whereas it focuses on the negative space, it also by doing so adds value to the "object." Aesthetically, minimalist art offers a highly purified form of beauty. It can also be seen to represent such qualities as truth as it doesn't pretend to be anything other than what it is.

Minimalism is also an ethos of design and architecture where value is placed on the things that matter and reveals authenticity in what we need in our homes.

The celebrated British architectural designer John Pawson spent many years working in Japan and has clearly been influenced by Zen Principles. He has said, "Minimalism is not defined by what is not there, but by the rightness of what is, and the richness with which this is experienced."

Any discussion on Minimalism needs to mention Eastern philosophy.

Globally celebrated MinimalistsJapanese architects and Pritzker Prize winners Tadao Ando and Kazuyo Sejima are lauded for "a building style that prioritises the emotional impact of bareness," as well as their Japanese cultural views on the relationship between buildings and nature. Japanese Minimalism or Ma (pronounced "maah") is a celebration of the space between "things," the negative space, voids, emptiness. And it is relished in everything from interiors, architecture, and garden design to music, flower arrangement, poetry, in all aspects of daily life. [The literal translation of Ma is "space between.] They use the analogy of Coco Chanel, who famously advocated before leaving the house to look in the mirror and take one thing off. While removing a scarf might not reveal negative space, it does make room for the other accessories to shine. In a way, Ma does the same. In a home where there are too many things, nothing is highlighted, nothing stands out. But by focusing on and expanding the space in which there is nothing, the things that are there spring into life.

For artists, what is not there - the negative space- is just as important - if not more so than what is there.

Ma is everywhere in the purposeful pauses in speech, which make words stand out. It's in the quiet time we all need to make our busy lives meaningful and in the silence between the notes which make music.

Taking time for a cup of tea or coffee on a busy day in a quiet place is in effect, taking time out to soak up the serenity of Ma before getting back to the grind of daily life.

It's a beautiful concept. In the west, we are all so "madly busy" in fact; it's often something in which we take pride. We cram our lives, our cupboards, embracing abundance, and with it, things lose value. We need Ma to appreciate what we have. Ma is the emptiness full of possibilities, like a promise yet to be fulfilled.

Ma creates peace of mind (called heijoshin in Japanese) we all need so that there is room for our thoughts to exist well and thrive.

The concept of minimalist architecture is to strip everything down to pare it back, reduced to a stage where nothing further can be removed to improve the design and achieve simplicity.

Modern Minimalism is a home that is styled in a contemporary aesthetic and only uses the essential pieces for the function of the space, and nothing more.

Minimalism doesn’t mean life should be devoid of colour, or texture, or warmth. Adding natural materials, with texture, and interest such as the detail in stone, the grain and warmth of natural wood, sensual elements all add depth and richness to our life. We need to live with the five elements, Earth, Water, Fire, Air, and Space. Because when we are present, we are more mindful, we need to remember our actions have consequences that impact the planet us and the people and creatures sharing it. Aiming to live a mostly conscious life while striving to improve is better than aiming for perfection, failing, and then beating yourself up.

Minimalism is not for everyone, and, if you are happy accumulating more stuff, then go with it.

But maybe not before you do you check with the others sharing your space!

Life isn't all or nothing.

Minimalism is not the end result; getting rid of your stuff is not the end goal. It is a journey, consciously limiting our possessions and our footprint and practicing compassion. Minimalism is a choice, and like most things in life, balance is essential. The journey towards Minimalism includes Mindfulness, Sustainability, Minimalism, Wellness, and Compassion. 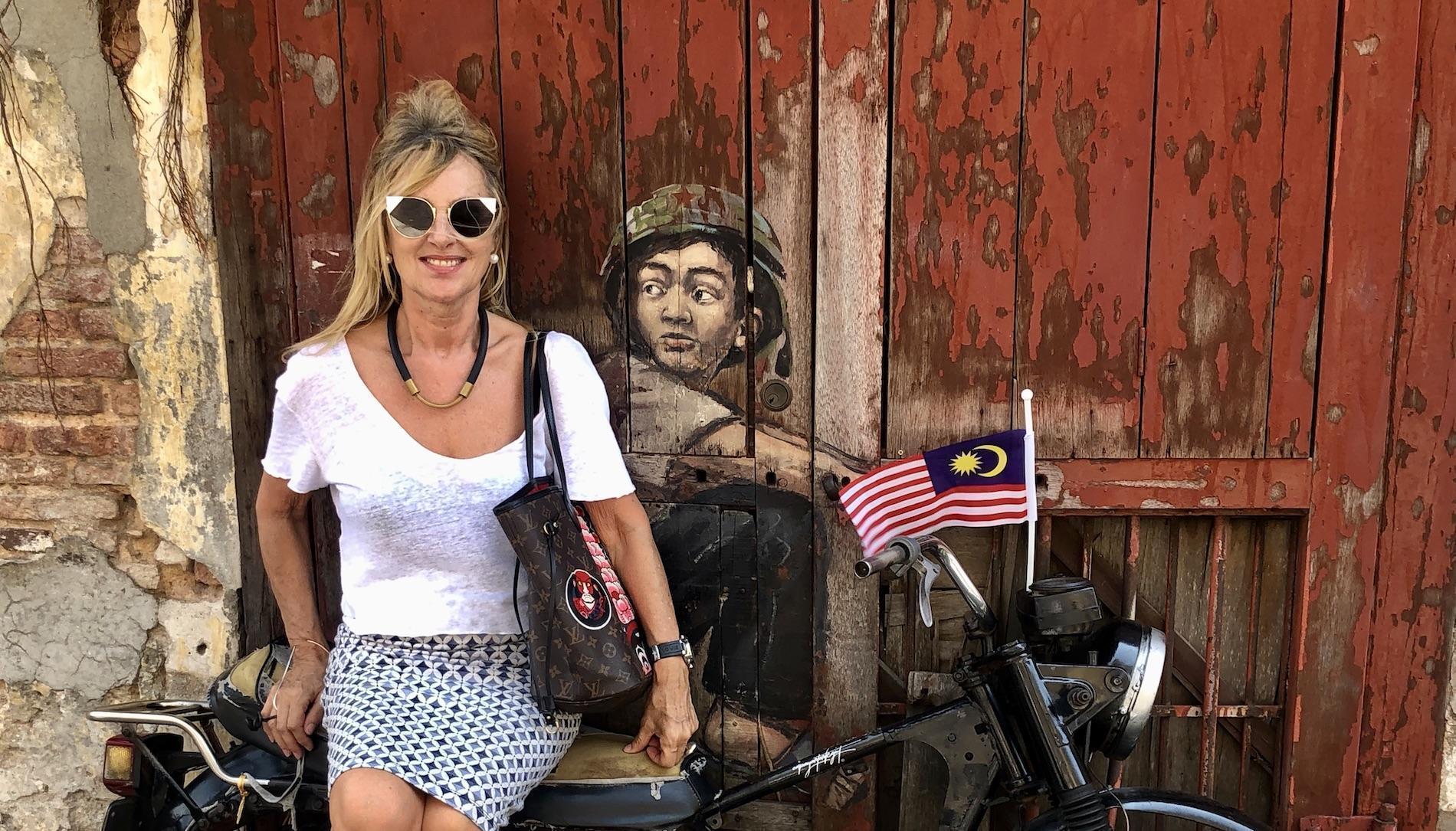 Anji Connell is an interior architect, garden designer and self-proclaimed nomad who regularly writes about art, design, lifestyle and travel from her globe-trotting adventures. Known for her bubbly persona and even more exuberant sense of style, Anji's portfolio spans everything from interior styling to furniture and landscape design for some of the world's most beautiful spaces. For now, you will find her @anjiconnell_acidplus and anjiconnellinteriordesign.com bingeing on future travel plans from her designer chair.
Tags: MinimalismdesignhomestyleFeastFortheSenses
Recommended
Lifestyle
'Tis the Season for Pink at Francfranc’s New Store in Tseung Kwan O
Homes
The Altfield Interiors Showroom is a Treasure Trove for Design Aficionados
Features
Discover the Charm of Antique Bamboo Furniture at Altfield Gallery
Homes
Japandi Harmony Abound in this Tai Po 1,500-sq.ft. Apartment
Load more