Art Basel and Art Central are due to descend on Hong Kong in the next two weeks, bringing with them a heightened frenzy of art buying, selling and appreciation. However, with most of the headline action confined to within these two heavyweight occasions, it’s easy to forget the hum of activity that takes place apart, in hotspots across the city. We’ve rounded up 8 notable satellite events happening concurrently that add all the more depth to the art-going experience.

See more: What to expect at Art Central 2018

This exhibition holds special importance as American contemporary artist George Condo’s first solo show in Hong Kong. Taking place inside the Maritime Museum and presented by Skarstedt and Sprüth Magers galleries, the exhibition will be comprised of 8 new canvas paintings and 5 new works on paper that display the artist’s unique method of integrating myriad techniques of drawing and painting into singular artworks. 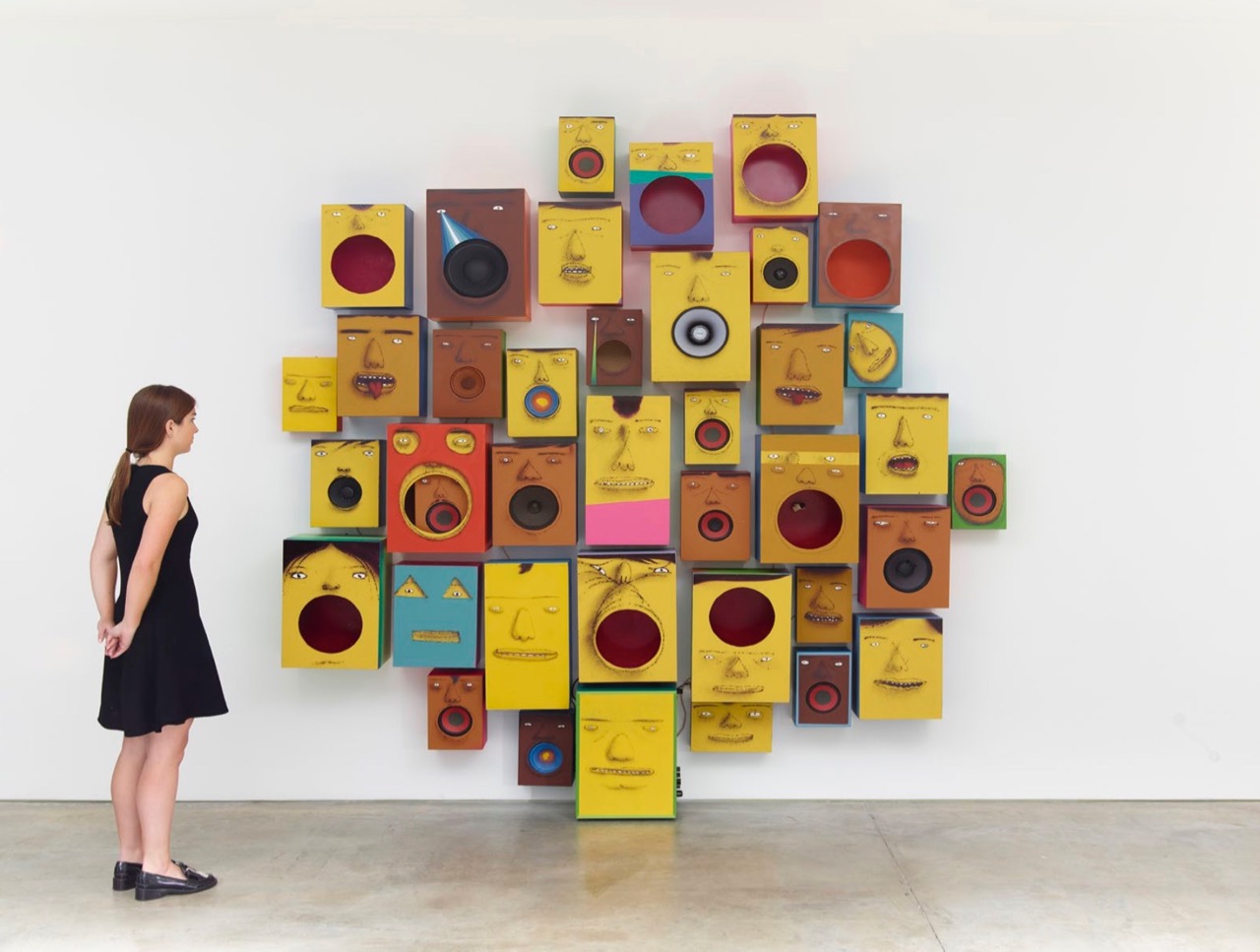 Brazilian street art duo OSGEMEOS will also be hosting their first solo show in Hong Kong at the Lehmann Maupin gallery. Best known for their large-scale, hip-hop-influenced murals decorating public spaces across Europe, South America and the U.S., twin brothers Gustavo and Otavio Pandolfo are presenting a body of work this time around that encompasses a fully immersive, dreamlike space that pays tribute to the golden age of hip-hop with a mixed media sound installation.

To An Infinite Ascendence by Hsiao Chin

Known in Asian art circles as one of Taiwan’s most important post-war artists, Hsiao Chin’s vibrant, abstract compositions seamlessly incorporate Eastern metaphysical and philosophical theories into Western artistic sensibilities. His latest show takes place at 3812 Gallery and pulls notable works from Hsiao’s body of work since the 1960s. Predicated upon art as meditation, expect a calming and, if you’re lucky, transcendental experience when absorbing the artist’s celestial forms.

American pop artist Robert Indiana’s LOVE sculpture in New York City is without a doubt one of the most iconic sculptures the world over, and a variant will be on display at the Asia Society as part of the LOVE Long exhibition. Along with 7 other works by Indiana, the show also encompasses works by eight Asian artists and collectives, curated by Dr. Miwako Tezuka as an investigation into the power of language and its tenuous connection to images.

Turner Prize-nominated Scottish artist Jim Lambie presents his largest floor installation to date, and possibly in all of Hong Kong over the next two weeks, in the form of Spiral Scratch. Spanning the entire floor space of the Garden Court atrium in Pacific Place, the ambitious piece combines two of Lambie’s previous works – The Strokes and Shaved Ice – into an installation that is comprised of coloured ladders rising out of a cross-hatched monotone floor pattern, making for a slightly surreal spatial experience that interacts with the flow of public movement.

Having been identified as an up-and-coming artist for several years in the Japanese art scene, Miwa Komatsu and her otherworldly Guardians series are due to make a splash in Hong Kong with the young Nagano native’s first solo show in the city. Incorporating dynamism into her works through live painting, Komatsu’s depictions of traditional Japanese spirits and ghosts are imbued with an otherworldly mystique, reflective of the artist’s seemingly heightened sensitivity to the supernatural realm.

Standing on the Edge of the World by Sean Scully

Best known for his distinct abstract compositions of layered horizontal lines, Dublin native Sean Scully brings his artistic investigation of the essence of ‘edges,’ and of the relationship between the built environment and nature to an exhibition titled Standing on the Edge of the World at the Hong Kong Arts Centre. Curated by Alfredo Cramerotti, the show is comprised of both large scale canvases and small works on paper, as well as supplemental photographic prints.

The CHARBON art space in Wong Chuk Hang is featuring the work of Magnum art photographer Antoine D’Agata this month. Titled Contamination, this solo exhibition explores the various underworlds that D’Agata has documented for the past 30 years, providing a no-holds-barred look into the darkest depths of the human psyche as told through the medium of photography.

The post 8 satellite shows not to be missed during Hong Kong Art Week 2018 appeared first on Home Journal.

Tags: Art&Culture
Recommended
Homes
In the Heart of Hong Kong Lies a Holiday Haven Curated for a Globetrotting Couple
Homes
Quooker, The Tap That Does It All, Arrives In Hong Kong to Make Your Life Easier
Homes
Declutter Your Space With These Styling Tips For A Peaceful Minimalist Home
Homes
Pure and Rounded: This Mid-Levels Abode Is The Epitome Of Wabi-sabi Aesthetics
Load more